This summer I started my exploration into cosplay photography. Might as well since I’ve been reading and writing superhero stories as of late. This open photo shoot one featured Marvel’s Spider-man Characters.

I had little idea of what to expect, it’s been roughly 15 years since I last covered a convention and that was while doing standard-definition videos and interviews at Anime North three different years. Since then, there were plenty of reboots, new shows, new comics, new books, social media and memes. But armed with my Sony A7iii, I would be ready for the spider costumed fictional supers who were out capture them in for the web!

This took place at Roundhouse Park just south of the Metro Toronto Convention Center which is going to be home to this year’s Fan Expo near the end of August. I’m hoping by then I’ll have more cosplay photo shoots done before then.

First off, want to give a shout out to Tom Edward Savage, local author and veteran cosplay photographer for giving me, a complete noob of a Cosplay Photographer the direction he needed to tap into his creative fuels and power through. This is what happens whenever I’ve put in a completely foreign environment, my inner-world generators shut down and I go dark and cold like an Ice-Cold Canadian Winter. (Happy Canada Day by the way!) They needed a jump-start. Check out his Instagram @everagestudios as well as his books.

So this first set I took with @LokiQuinnCosplay who played as a Symbiote infected Spider-Gwen on her way to darkness. The hanging shot along with the shots on the ground were taken with my 24-105mm F4. I was pretty impressed with the way it handled the colors and it was as simple as adjusting the exposure and cropping in post to get the right framing. No over-exposures here. Tom did a low angle shot which inspired me to also go low. Then I had LokiQuinn jump on a hill and shoot webs. Having her against the backdrop of buildings and cropping out the ground made her look like she was high in the air.

Then you had the shots on the ledge. This called for the popular Sony 85mm F1.8 and it didn’t disappoint with its sharpness and background blur. I always had a thing for taking shots with heroes wading into the dark evil pools. Having her in a crouched position at the side really made it look like she was a lot higher than she actually was.

Check out the composition in the latter two images in this set below. The buildings in the background, with the railing and the ledge made it look like she was on a skyscraper. The only thing I could have done better here was that I should have stop down the lens more to get more depth in focus. Her face was in focus along with anything in the same depth, but things closer to me like her left knee were not. Same problem with the last shot but now her left side was more in focus than her right. Both shots I had to be low on the ground and digging through the dirt. Hey, you have to grind it to get it!

Next up were group shots taken with the 24-105mm. Having the multiple multi-universe spideys all up in the air and frozen up in the air looked pretty awesome. Then the whole group got in around the young spidey with the god hammer to rule, ’nuff said.

Last but not least, four of the spideys went on a mini-tour to Rogers Centre and hug out by the waterfall fountain. The waterfall needed the 70-200mm F4. So, all of my lenses got in the action that day, good call to bring them all. I’m going to end my commentary here and let you judge these pics on your own because you can easily put together a bit of a comic story here. Have a look at this sequence.

A superhero ending to a superhero cosplay, or is it? You decide! Think of the type of story that’s happening here and if you want, leave a comment below on what you think the story was. Kind of fitting that one of the Spideys had a camera with him, doing photos for a fictional newspaper maybe? 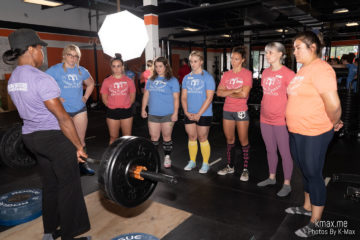 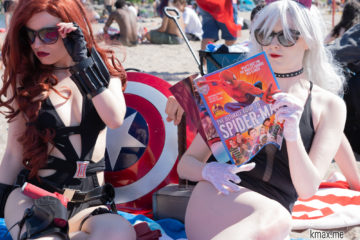 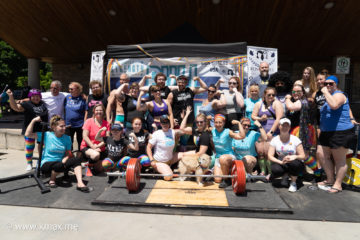