This post is part of a set of posts that will explore my experiences with my new photo and video setup while at the Toronto Pro Supershow’s Fitness and Bodybuilding Expo. Like previous Toronto Pro Shows, I was a spectator and I’ve posted video clips of stuff I took on my youtube channel just for the sake of sharing.

This isn’t in the media coverage style I did back in the MuscleSportsWeb (2009) or Northern Physique (2005, 2006) days or for those who have been around since I was starting out back pre-2005 during the K-Max Media days. By the way, if you have seen my stuff pre-2005, let me know and shout out to you for sticking around!

The show was a great opportunity to really put the new camera through its paces to see how well it performed because this was the first time I’ve owned and operated a digital full-frame.

I filmed these posedowns from the IFBB Women’s Bodybuilding and Women’s Physique finals with a Sony a7iii having a f/4 70-200mm G Lens at 4K, 24-frames per second. I think I had the ISO at 1600 or 3200, can’t quite remember. I shot these clips on fly while using a monopod which I will talk more about in the next post related to photography this weekend.

Clips (Click the full-screen icon for the best viewing experience)

“What the hell K-Max? Where are all the men, the bikini, the footage from the theater and the [enter event here] that you didn’t film?!” you might be thinking. Like I said, I was a spectator, I wasn’t there as Media. So I only shot at events I wanted to check out. Besides, there’s plenty of other on-line muscle media outlets like Canada’s own Muscle Insider, and the NPC’s own news site that you can check out if you’re looking for something or someone specific.

Compared to the Panasonic Lumix G7 that I filmed when I was at the Toronto Pro Supershow in 2016, the stark difference was the sharpness of the image. From what I read, the camera actually captures video images at 6K and down samples it to 4K which will result in a sharper looking image. Coupled with a much more responsive auto focus system and image stabilization in-camera and on-lens, and it was a pleasure filming with it.

But, there were plenty of mistakes and goofs and I did while filming. They were more environmental and user-related. For starters, because I only had gear for more photo related shooting there weren’t any smooth pans or tilts. I had a simple photo head on top of the video monopod (a monopod with a base) which only had tilt and no pan. So, I had to pan the entire monopod which was jerky and showed the rolling shutter or the jello effect. I was seated and had the Monopod up and even raised it higher when I had to get a better shot. I ended up operating the camera with arms stretched high but at least the screen could be tilted down and I could still see where to shoot. That workout gave me crazy pump in my shoulders, arms and neck that day.

I was used to shooting video in manual mode on my G7 and didn’t realize the a7iii had aperture / shutter priority mode in video. So when I started filming I struggled with getting the exposure correct and was limited to the exposure value adjustment which goes between -2/+2 which didn’t resolve the blowouts or at least I couldn’t figure it out in time, next time, manual mode.

All in all, out of the box, was pretty happy with the way the Sony a7iii did video, other than the overheating, which I will talk about in a later post where I shot video during Hyperforce’s strength event. 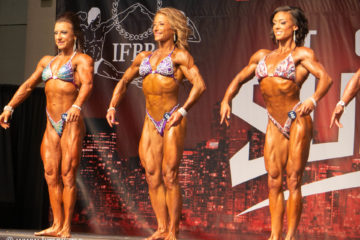 Up Next: Toronto Pro Supershow

Hey, it’s me. A quick note that I will be at the Metro Toronto Convention Center this Saturday June 1st and Sunday June 2nd for the Toronto Pro Supershow. I’ll be decked out with the Read more… 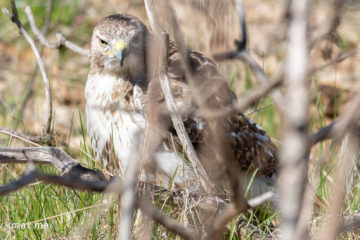 One thing I didn’t mention on the home page was that I also picked up new photo gear. It was a major upgrade as for years I stuck with the micro four-thirds system. Its smaller Read more…