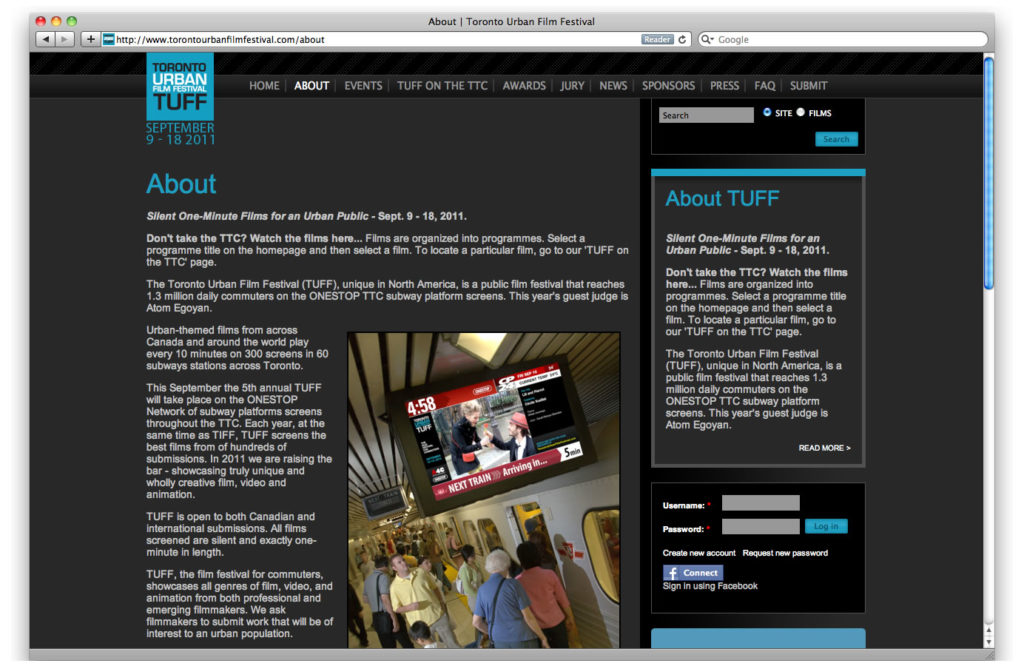 Project Completed in 2009, (with Fourthwall)

The Toronto Urban Film Festival is a public short silent film festival that plays on the Pattison-Onestop TTC Network screens during the same time as the Toronto International Film Festival. Viewers can also go to the website to see all videos from this year’s and past year’s festivals.

I was involved with the final stages of the build as well as adding in various components including the voting system and online film submission functionalities. Up to October 2011, I was also the maintainer of the website.

tell me about your Next project